Just a quick recap In the first chapter, we learned Arthur Samuel mentioned the following:

Samuel said we need an automatic means of testing the effectiveness of any current weight assignment in terms of actual performance. In the case of his checkers program, the “actual performance” of a model would be how well it plays. And you could automatically test the performance of two models by setting them to play against each other, and seeing which one usually wins. Finally, he says we need a mechanism for altering the weight assignment so as to maximize the performance. For instance, we could look at the difference in weights between the winning model and the losing model, and adjust the weights a little further in the winning direction.

And the book mentions:

The whole training loop of any ML task:

This week in the group we were looking more into Second half of Chapter 4 which covers the gradient descent, specifically stochastic gradient descent. As a whole the week 5 was pretty code intensive and let’s looks the whole things covered this week section by section from middle of chapter 4. 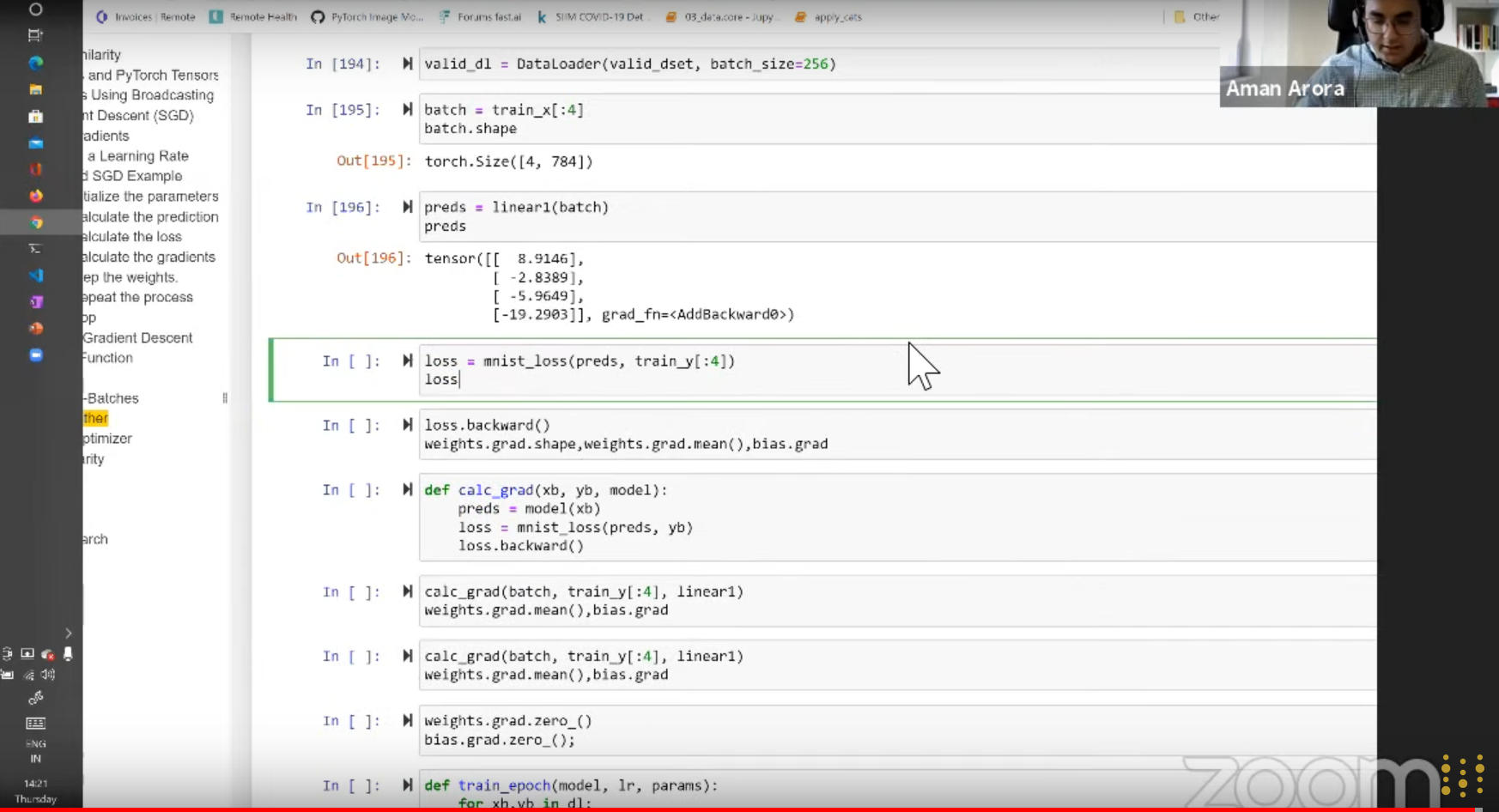 Since last week covered we checked how to classify 3s and 7s with pixel similarity. I was trying to classify and do all the steps using the full MNIST dataset which can be found in this Kaggle notebook.

I am sharing rough notes of each section for a better clarity, for me on what we covered in each section of Chapter 4:

It consists of seven steps:

Stepping with a learning rate

After the lesson, I tried answering the questionnare at the end of chapter and I scored: 20/37. I wanted to just turn up this week by writing this blogpost.